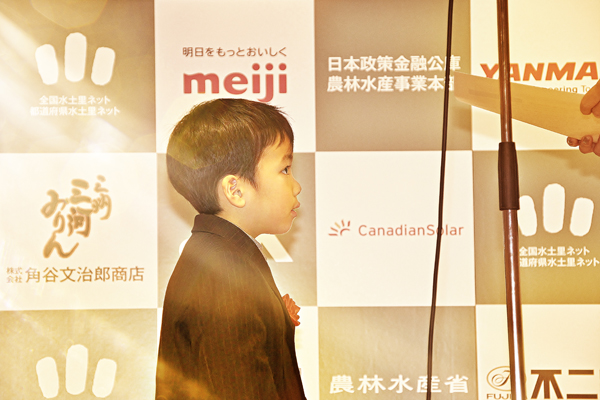 PUTTING ART AND SOLAR INTO SAVING THE ENVIRONMENT

Japan has a problem. This is because agriculture, environmental issues and food production are closely linked in the country and all three are under pressure. Ironically the problem has arisen, not because there are too many people on the land, but too few. The agricultural workforce in Japan continues to shrink and age every year, as working the land is not popular with the young who prefer the brighter lights and prospects of the big cities. This means that it is becoming increasingly difficult for the people who do remain on the land to produce food and maintain the rice paddies, which play an import role in preventing flooding, and hence protect the environment too. It was with these issue in mind that Canadian Solar recently sponsored the “Discovering My Hometown Art Contest” as part of an exhibition of young talent at The Children’s Art Exhibition in Tokyo. “The aim of the competition was to make children aware of their environment and, particularly, working with nature and ecologically friendly agriculture to build a prosperous and sustainable future,” said Taegyu Son of Canadian Solar Japan. “We sponsored the contest to help promote awareness that Canadian Solar is an ecologically friendly company and that the use of solar energy is favorable for the environment and agriculture, especially when compared to the use on non-renewable energy,” said Taegyu Son. Over 8600 entries from around the country poured in and these were narrowed down to 19 finalists by a panel of Canadian Solar judges. “There were so many excellent and inspired entries from children of all ages that it was really hard to choose the 19 works that would be displayed on the exhibition, never mind the winner,” Taegyu Son said. But decide the judges did. And the Canadian Solar Award went 5-year-old Ryo Inoue, who lives in Kumamoto Prefecture. He took top honors for his inspired use of crayon and paper in depicting the excitingly muddy experience of people planting rice under not one, but five huge yellow suns in a clear blue sky. “I ended up eating some of the rice the people in the picture planted,” said young artist, Ryo at the award ceremony. “The rice was delicious. It made me think about where it comes from and that is why I drew the rice planting.”