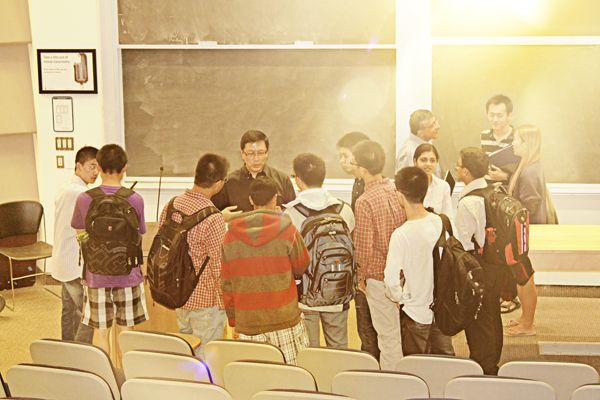 In January 2015, Canadian Solar contributed $400,000 to the University of Toronto's TalentEdge Program to support scientific development, cutting-edge research, and hands-on learning. The decision to make a donation to the university was driven by its impressive track record in working with industry and, not least, because Dr. Shawn Qu, Founder, Chairman and Chief Executive Officer of Canadian Solar, graduated from the University of Toronto with a PhD in Material Sciences in 1995. The company he started in 2001, Canadian Solar, has since grown to become North America's largest photovoltaic module manufacturer in just 14 years. "As Canada's leading public university, the University of Toronto plays an important role in scientific research and development. Not only are we pleased that we had the opportunity to give back to my alma matter, we are also certain that this donation will help advance solar research,” said Dr Qu. “This donation underscores Canadian Solar's dedication to social responsibility, renewable energy, and advanced research,” he added. Canadian Solar previously contributed to the TalentEdge program in 2012, and this year's donation will help fund Project #21659, which is under the supervision of Dr. Francis Dawson, Professor of Electrical and Computer Engineering at the University of Toronto. Project #21659 focuses on the two-dimensional simulation tool project, which specializes in the design and research of novel solar cells. The University of Toronto's TalentEdge research program, managed on behalf of the Government of Ontario, represents a joint collaboration between the city and university. Recent graduates and postdoctoral fellows in the Ontario area can apply for fellowships that give them the opportunity to conduct in-depth research into a subject of their choice.